Since its establishment by witnessing many historic events, the first hotel in Turkey with European standards Pera Palace Hotel, the social and cultural life of Istanbul hosts many famous events has become one of the most important symbols. The story of Pera Palace begins with the story of a train. The luxury train, which started its journey from Paris on October 4, 1888, crossed the Alps and reached Istanbul after an 80-hour journey through Budapest and Bucharest. The first passengers of the Orient Express were distinguished bureaucrats, journalists, writers, and the wealthy. However, in the 1840s, Istanbul was not yet ready for international tourism. Foreigners who previously stayed with their relatives, perhaps; In time, they started to stay in hostels built by minorities or Levantines. But these hostels did not have the luxury and comfort offered by the kind of big hotels where elite people stay in the big cities of Europe.

Lux and Comfort in Istanbul with Pera Palace

When Pera Palace Hotel was opened as one of the most magnificent buildings of Istanbul, it offered many firsts to its guests. Pera Palace was the building where electricity was provided, the first electric elevator, and the first hot water was accessible to the public in those years in Istanbul other than the Ottoman palaces.

Agatha Christie and Murder on the Orient Express

Among Pera Palace’s famous guests is Agatha Christie, author of the novel” Murder on the Orient Express.” It is said that the author, who stayed at the Pera Palace Hotel many times between 1926 and 1932, wrote one of her most famous novels, “Murder on the Orient Express”, in Room 411 during one of her visits to the Pera Palace Hotel. The story of Agatha Christie’s lost diary and diary key remains a mystery even today. An old typewriter and a replica of the key of the diary later found in this room are displayed in the room where Christie remains in memory. The furnished antique furniture in black and burgundy, the room also has rare Agatha Christie books printed in different languages and in different years.

The Swedish actress Greta Garbo, who made her name known to the whole world as the “Ice Queen”, came to Istanbul for the first time in 1924 for a film project. She stayed 50 days in room 103 in Pera Palace Hotel. Greta Garbo visited Sultanahmet during this time and attended the New Year parties at the Swedish Consulate.

Ernest Hemingway, one of the world-renowned writers, was also one of the writers in love with Istanbul. The famous writer was staying at Pera Palace Hotel during his visits to Istanbul in the 1920s. During his time at the hotel, Ernest Hemingway often spent time in the hotel’s bar. The author’s guest room is also preferred for accommodation, as is Agatha Christie’s room.

One of these special guests of Pera Palace Hotel, which hosted the most important names in history, was the Austro-Hungarian Emperor Franz Joseph. Franz Joseph, one of the names that shaped world history, stayed at Pera Palace Hotel during his visit to Istanbul, just like King Edward VIII.

Apart from the museum room of Atatürk in Pera Palace Hotel; Greta Garbo suite decorated with a rose scent and silk fabrics, Ernest Hemingway suite equipped with Hemingway books, Pierre Loti suite with views of the Golden Horn and Pierre Loti and Agatha Christie’s mysterious suite offers visitors the opportunity to navigate through the pages of history. 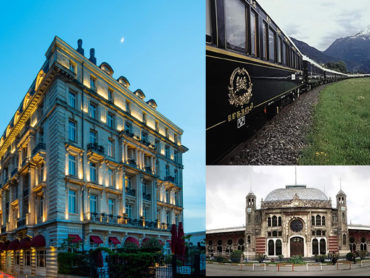